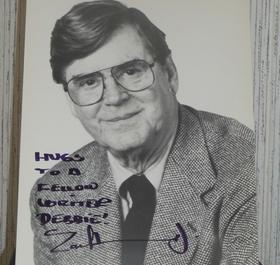 Praise for Hills of Home:

​"I think the book is a valuable detailed and most honest documentation of a part of Appalachia that has not been celebrated so well until now." --Earl Hamner, Jr., bestselling author of Spencer's Mountain and creator of the beloved ​The Waltons  television series

"When I first started reading "Hills of Home," I immediately began thinking of others that would treasure this book just because of the names and places involved. As I continued reading I realized I was being drawn into each circumstance just because of the way Debbie tells the stories. I could identify with so much of what she has written. She writes in a way that causes me to yearn for the life she writes about. We have come so far, but she makes it seem possible that maybe we could recover some of the way we were. I am going to be recommending this book to many people I know. I hope it influences them the way it is influencing me already. I am thankful for the effort that I know Debbie put into this literary project. I think it may be more important than she ever thought possible." ~Fred Pepper

​5 - Star Review: "Debbie Richard’s poetry collection PIVOT takes as its theme those human moments of recognition that come from connection to place, the passage of time, loss, regret, joy, and renewal--and in a clear, direct voice calls us to be mindful of them all. I took care to read these poems late at night, when the house was quiet, and I could linger over my favorite lines and reflect on what these words had to tell me:

“There’s a place in the country / where a little white church once stood.”
“I caught your gentle fingertips, / No--it was only a small piece of debris,”
“the wind chimes on the veranda / as they rattle in the breeze,”
“How I miss those days, working together in the kitchen, / Mama and daughter, side by side.”

"The Years between the Dashes” ends with the question, “It’s my life’s legacy--did you notice?” The life’s legacy of a poet is the poems she leaves behind, along with the readers she has touched in ways both small and profound, readers who will urge others to experience these poems themselves, to be touched and moved in their own ways. PIVOT is such a legacy, and yes, I did notice."